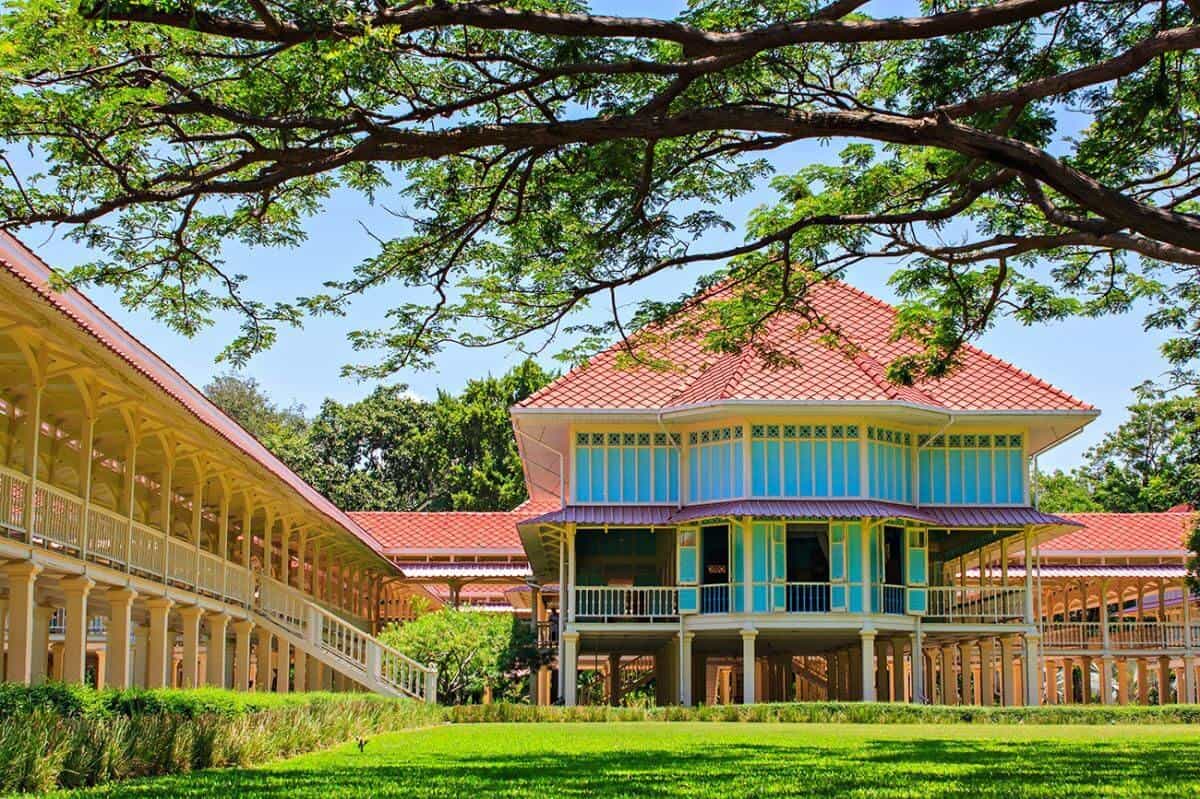 THE FORMER SUMMER PALACE OF KING RAMA VI BUILT IN 1924

A national heritage site dedicated to conservation and education

Around years 1916-1917, King Vajiravudh, who had rheumatoid arthritis, was advised by his Personal Physician, Phraya Phaet Phongsavisuttatibhadi (Soon Sundaravej), to reside in a place with warm and airy seaside climate. Initially, King Vajiravudh’s seaside residence was at Chao Samran beach. However, the lack of freshwater, inaccessibility, and close proximity to a fishing village led to the decision to choose a secluded beach to construct the Mrigadayavan Palace in 1923. The area was called Huai Sai, which means “hog deer stream”, due to the abundance of hog deer in this area. King Vajiravudh therefore named his new summer palace “Mrigadayavan”, as in “Isipatana Mrigadayavan”, the deer park in India where Lord Buddha delivered his first sermon.

King Vajiravudh wanted to minimise construction expenses for this seaside palace, which was to be a humble royal residence as compared to other palaces in his reign. He sketched a simple, yet elegant design for the palace, accommodating for the tropical seaside climate. The designs were implemented by Italian architect, Ercole Pietro Manfredi (1883 – 1973), and the palace was constructed from 1923 to late 1924.

On May 12th, 1924, the King issued a proclamation declaring the Huai Sai area a wildlife sanctuary. The protected zone covered the area of 7.6 kilometres of the northern shoreline towards Savoei Kapi Mountain and 5 kilometres from the southern shoreline to Sam Phraya Mountain. Apart from caring for his health, he also permitted the training of the Phetchaburi Wild Tiger Corps inside the palace compound. Later on, this training ground became known as Had Chao Samran Royal Camp.

King Vajiravudh visited the palace twice during his reign, once during the summer of 1924 for three months, and then two months in the summer of 1925, after which His Majesty passed away. As usage of the palace declined, the palace was subsequently abandoned for 30 years, until 1965, when His Majesty Bhumibol Aduyadej gave the Naresuan Camp’s Air Support Division the permission to use the grounds of the Palace.

On 2 September 1981, the Palace was registered as a historical site, leading to a restoration project spearheaded by the Border Patrol Police and Fine Arts Department in the 1980s. To meet the restoration needs of the Palace, the Mrigadayavan Palace Foundation was founded in 1992, under the patronage of Her Royal Highness Princess Bejaratana (FMP), the only daughter of King Vajiravudh. The palace is now property of the Crown Property Bureau and is under the management of the Foundation.

Currently, the Palace is on its second restoration project, which aims to restore the palace grounds, and the surrounding coastal vegetation, anticipated to end in time for the Palace’s 100th year anniversary in 2024. The project also aims to develop the landscape of the Palace to meet the requirements of the 1924 Government Gazette, which states that 2,200 rais (3.52km2) of palace ground should be conserved for forest and animal protection. 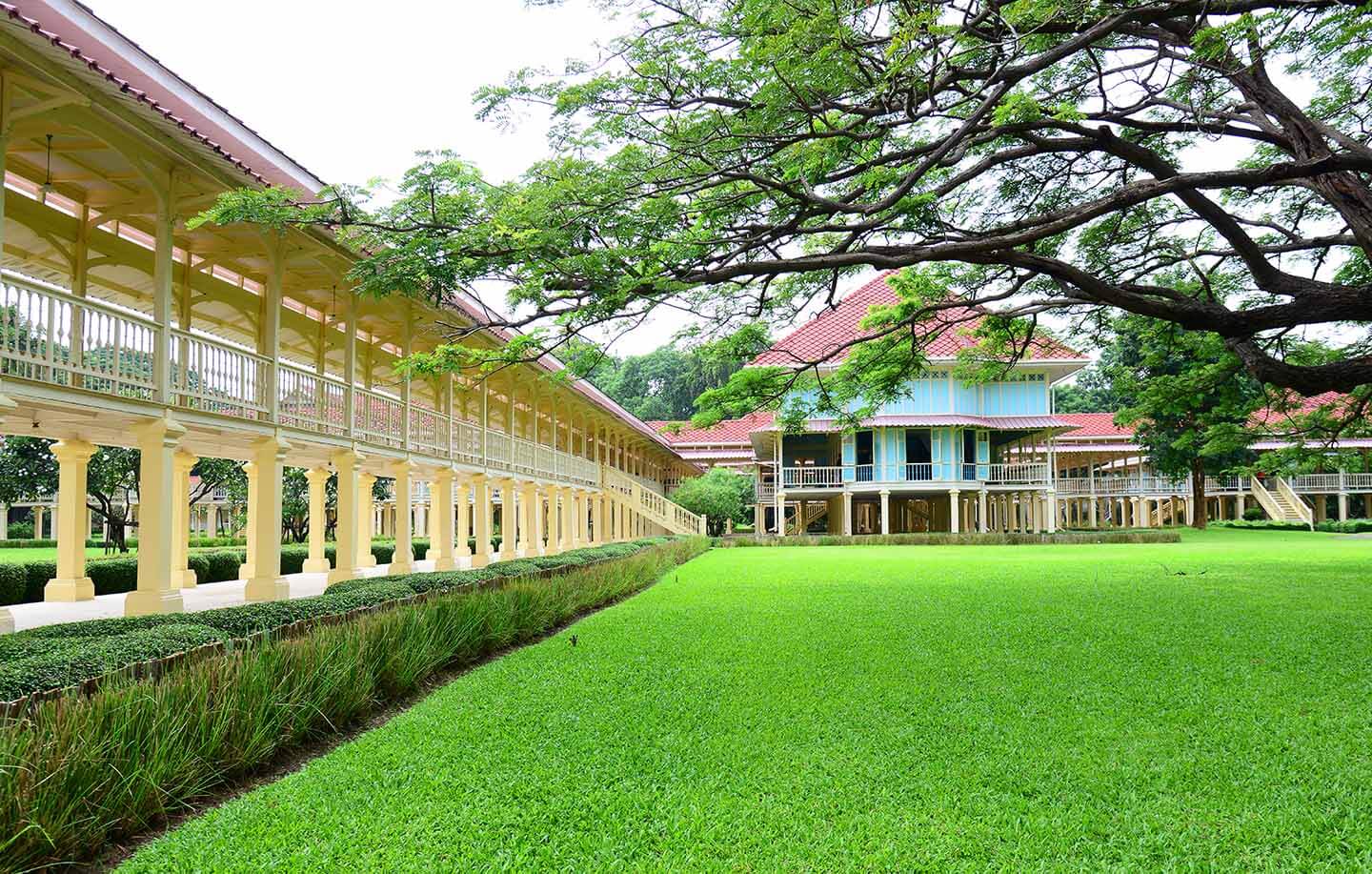 The Palace consists of 16 teak buildings connected by balconies and corridors, and 23 staircases, built in a manner combining the Thai method of elevating buildings on pillars and Western style and detail. The Palace was built to have excellent ventilation, such as using casement windows and leaving space between the hip roof (panya in Thai) and the high ceiling for ventilation. The roof is covered by rhombus tiles, which keep out sunlight and rain. The niches at the base of the 1080 pillars are meant to be filled with water to keep out ants.

The Palace is made up of 3 main groups of buildings: Samosorn Sevakamart, Samutphiman Outer Court (Men’s Quarters), and Pisansakorn Inner Court (Women’s Quarters). For more information about the Palace design and functions. 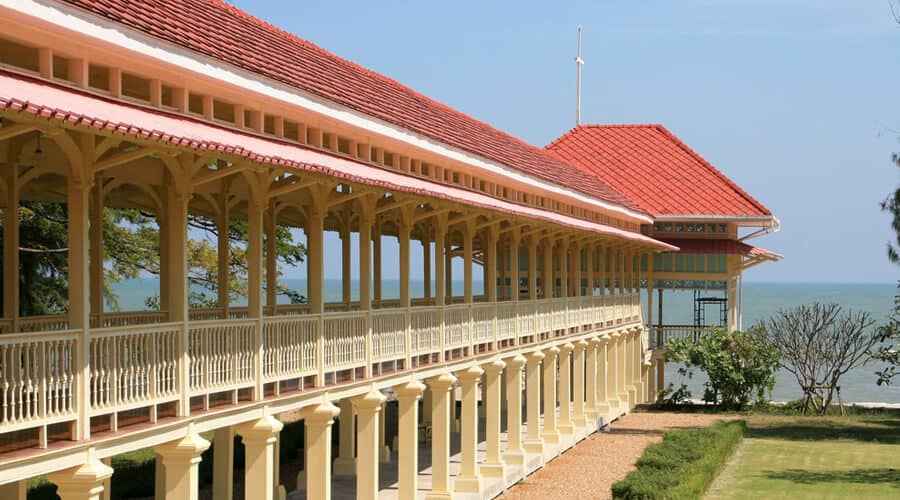 A relaxing place
You can walk around the palace with proper outfit. If you don’t have long trousers there is a place where you can rent one for free.
The palace is next to the ocean and the architect is very elegant and beautiful
But if you come under the big sun then you may have sweat alot.

Nice, quiet spot to visit.
Lovely old palace on the water great for a relaxing and enjoying a sea breeze. Minimal entry fee allows a look into the past and a nice offers a stroll around well kept grounds. It worth a visit.

Lovely
The inside is currently closed for renovations. The grounds are spectacular and truly worth the walk around. If you like architecture I would highly recommend. If you are showing your knees and shoulders they can hire you robes to cover up. This is not a place where screaming kids would be appreciated.

A great palace
A really nice place to visit. With the cool breeze , lovely garden and magnificent architecture. Love the greenery surrounding and the beach nearby. Although not allowed to walk on the beach, walking along the pathway between the beach and palace was great and pleasantly. 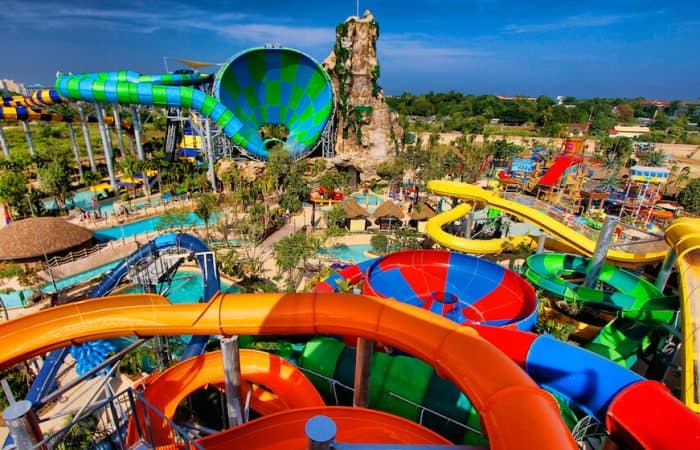 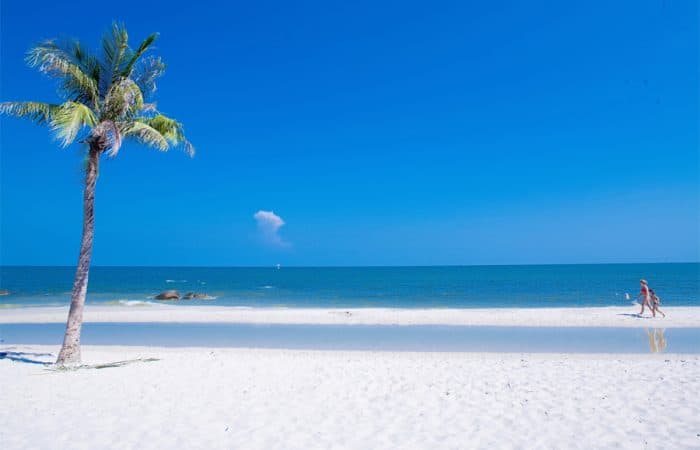 The Best Beach in Hua Hin, Thailand Hua Hin Beach Located on the western side of… 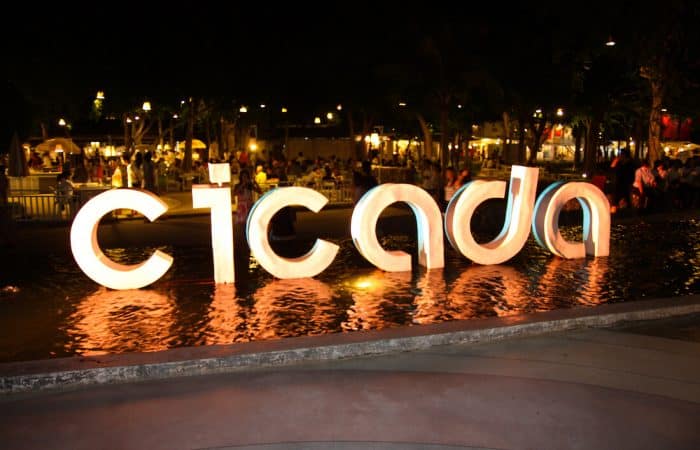 Cicada Market is created as a medium of connection to artists, creators, designers, tourists, students… 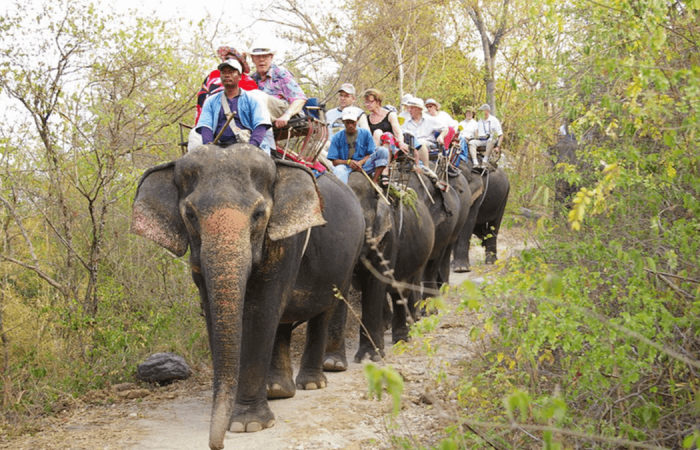 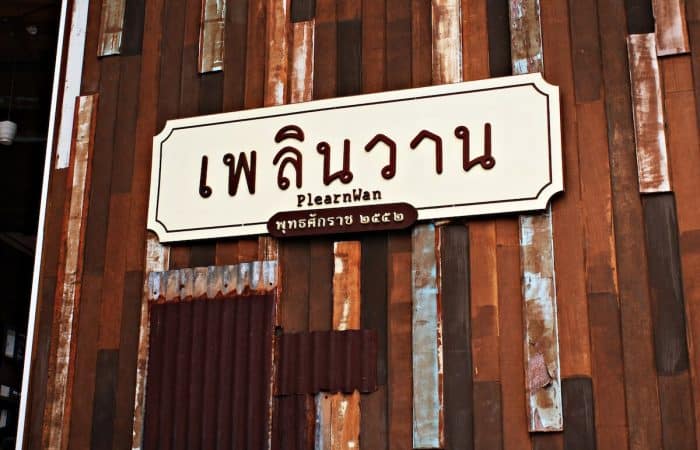 Plearn Wan (The first ever eco vintage village in Thailand.) Plearn Wan Many people have… 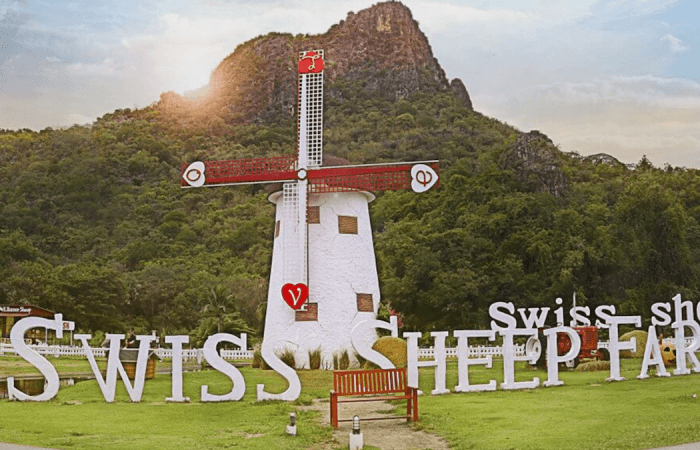 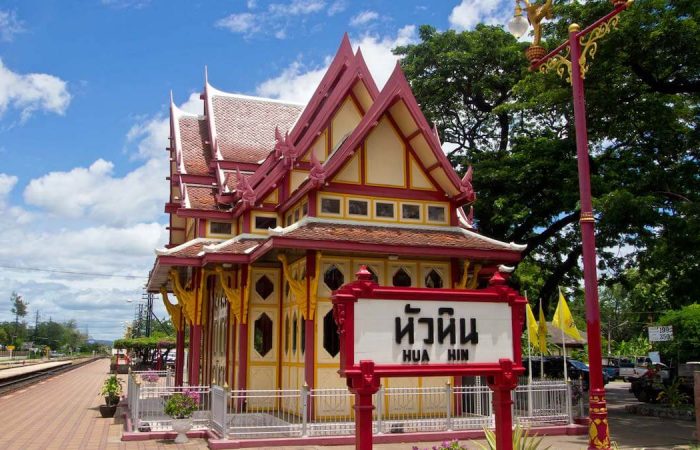 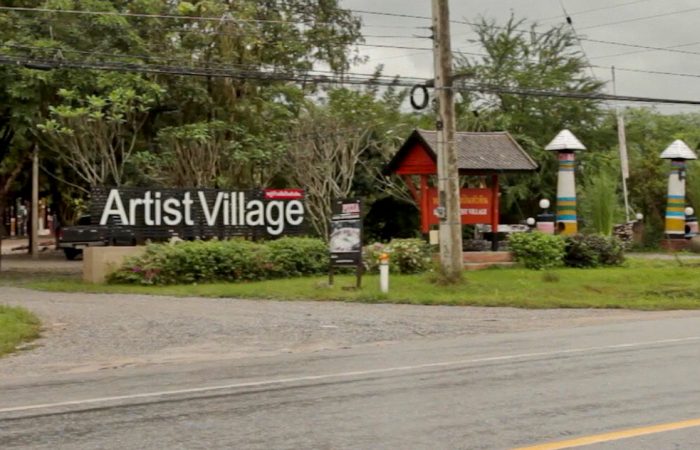 Share This
Copyright © 2017 BANGKOK-HUAHINTAXI.COM. / All Rights Reserved
Back To Top